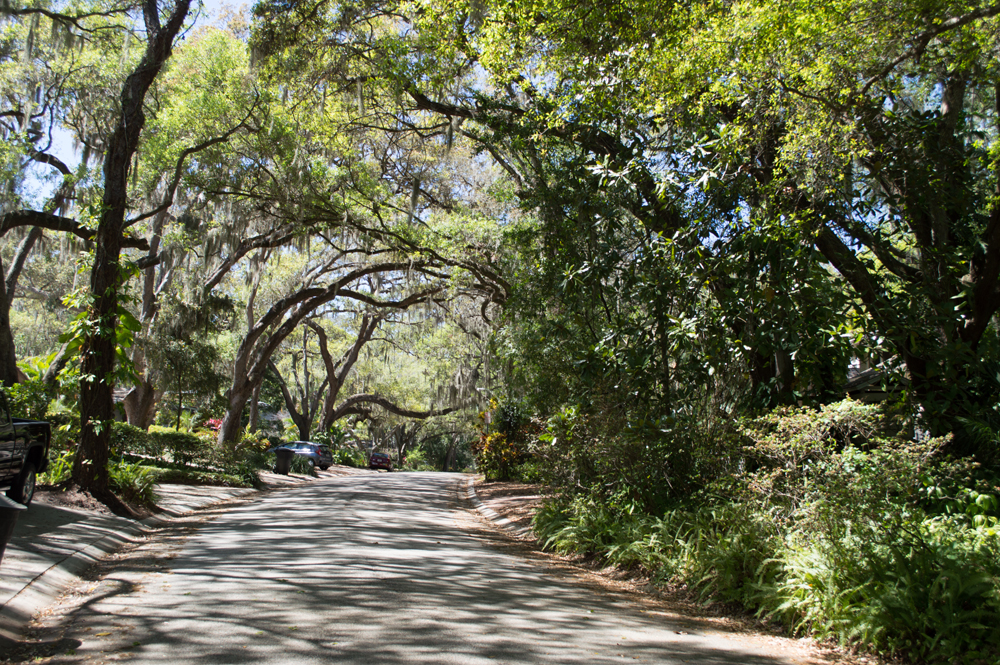 One of the advantages of living in Allendale Terrace is the fact that it is built on a rise, often referred to as “The Ridge”, which puts the homes above the flood zone elevations, so residents are not required to purchase flood insurance. By comparison, other sought after historic neighborhoods closer to the water, such as Old Northeast and Snell Isle—while lovely—would be evacuated in a severe storm, and residents there must purchase flood insurance.

The Allendale Terrace Neighborhood Association was formed in 1966, according to its former president, Hardy Bryan, to protect property development rights. As a result, Allendale is one of the few neighborhoods in St. Petersburg where you will not find any apartments or stores within its boundaries. Although the association is not currently active, the neighborhood does have a well-known Crime Watch program. If you get a chance, take a drive or a stroll through the area to view some of the impressive and distinctive Cade Allen homes. To connect with Allendale Terrace residents, log on to nextdoor.com.

Tags: Architecture,Cade Allen,Preservation
This article was written by Jack Spinrad

Find a Home in Allendale Terrace

See All Neighborhoods
The information contained herein has been provided by My Florida Regional MLS DBA Stellar MLS. IDX information is provided exclusively for consumers' personal, non-commercial use, that it may not be used for any purpose other than to identify prospective properties consumers may be interested in purchasing, and that the data is deemed reliable but is not guaranteed accurate by the MLS. Listings last updated Aug 15, 2020 3:44:am.